Saying Goodbye to One Crisis and Hello To The Next?

SAYING GOODBYE TO ONE CRISIS?

The keynote speaker on the first morning was Mr Edward Hugh, a macroeconomist and informal advisor to the Catalan Government, based in Barcelona. He began his presentation by arguing that the most recent economic crisis was not an arbitrary phenomenon and that, while the worst was undoubtedly over for now, there was an underlying process (with all its implications for future crises) to be understood. He wondered whether we had actually learned the lessons of what had gone wrong. He believed that the last crisis was structural, not cyclical, and was all about debt. It was important for the future for heavily indebted societies to work out how to “claw their way back” to economic growth.

Mr Hugh felt that, while poorly structured financial products and regulation had contributed to debt, there was an underlying problem – demography. Taking the Eurozone as a case study, he said that during the first 10 years of the euro’s existence, some European countries had borrowed heavily, while others had lent. As a result, Spain’s households had contracted a great deal of debt, while German households had not. The ‘one size fits all’ monetary policy had not worked and Spain had suffered negative interest rates during the key years of the housing boom. Both Spain and Germany had had credit-driven private consumption booms but at different times – Spain’s a boom had been between 2000 and 2008 and Germany’s had been between 1992 and 1999. In Mr Hugh’s opinion, the key to understanding this was to look at the 25 to 49-year-old age group. As a percentage of the total population, this group had peaked in Germany, around the turn of the century and in Spain towards the end of the first decade of this century. Economic growth came from one or two sources – a big growth in either credit or exports – and this was related to demography. 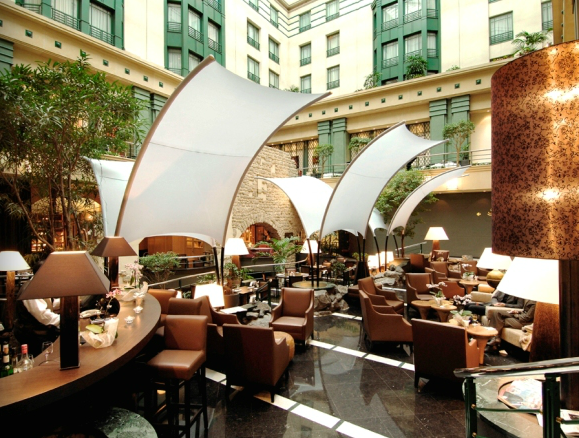 Ours was an era of rapidly ageing societies, Mr Hugh commented. What was so modern about the current situation was not the ageing itself, so much as “its velocity and global extension”. The economic and social implications of the ageing process were likely to be profound. According to a report from credit rating agency Standard & Poor’s, the process was seemingly irreversible and no other single force was likely to shape the future of economic health, public finances and policy-making over the coming decade in the same way. Mr Hugh went on to say that (as far as we have been able to understand the issue at this point) population ageing would have a major economic impact and this could be separated out under four main headings.

1. Ageing would affect the size of the working-age population and the level of economic growth in different countries.

2. Ageing would also affect patterns of national saving and borrowing and the directions and magnitudes of global capital flows.

3. Through the saving and borrowing part, the process would influence the values of key assets, such as housing and equities.

4. Through changes in the dependency ratio, ageing would influence pressure on sovereign debt, producing significant changes in ranking as between developed and emerging economies. 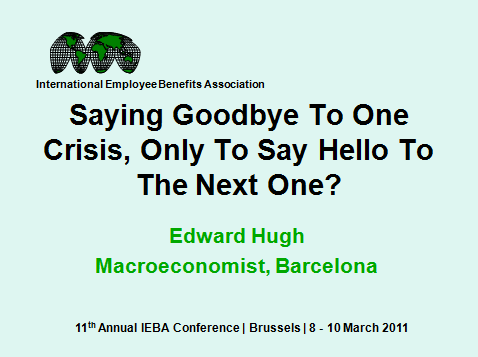 Mr Hugh was of the opinion that, while population ageing was universal, the short-term impact would be much more localized as the pace of ageing varied greatly across countries and regions. The effects of the process were expected to be most pronounced in those countries that remained complacent in the face of ultra-low fertility rates (total fertility rates of 1.5 and under) which, in effect, meant Japan, the German-speaking countries and much of Southern and Eastern Europe. He went on to say that another way of looking at these demographic changes was in terms of the dependency ratio, which could be defined in a number of different ways. In Germany the total level of population was expected to fall from its current level of 82 million to reach anything between 69 million and 74 million by 2050, depending on the future course of life expectancy, immigration and fertility. The proportion of people aged 65 and older was projected to rise from just under 20% today to just over 33% by 2050. At the same time, the number of very elderly (those aged 80 and over) would nearly triple to as much as 15% of the total population. Mr Hugh suggested that, among emerging economies, those in Eastern Europe stood out as being by far the worst case in the short term. In 2025, more than 20% of Bulgarians would be over 65 – up from just 13% in 1990. Ukraine’s population would shrink by a fifth between 2000 and 2025, while the average Slovene would be 47.4 years old in 2025 – making the populations of Slovakia one of the oldest in the world. The ageing problem went well beyond the confines of the European Union (EU) or the G7 , he continued. In particular, China stood out among the developing economies. The very elderly share of China’s population seemed set to rise steadily from 11% in 2004 to 15% in 2015, would leap to 24% in 2030 and then to 28% in 2040.

Mr Hugh maintained that there was a generally accepted wisdom known as the ‘lifecycle hypothesis’ which suggested that a population’s financial behaviour changed depending on age. Those in their twenties and thirties tended to be net borrowers, as they were relatively low earners while they were buying houses and expensive durables at the same time as bringing up young families. At some point around middle age this group tended to move from being net borrowers to net investors as they moved into their economic prime and accumulated financial assets in order to fund their retirement. As they approached retirement this group then began to shed their financial assets to fund their non-working days. Those between 25 and 40 he categorized as ‘prime borrowers’, those between 35 and 50 as ‘prime workers’ and those between 40 and 55 as ‘prime savers’. Mr Hugh felt that the proportion of a population to be found in one of the ‘prime’ age groups at any given moment was absolutely critical for understanding the economic processes at work. With this kind of understanding of the demographic component of saving and borrowing patterns it was not hard to see how demographic forces might have played an important role in the run-up to the most recent economic crisis. The transition of economies from being consumption driven to export driven seemed to be intimately associated with the dynamics of demographic transition. 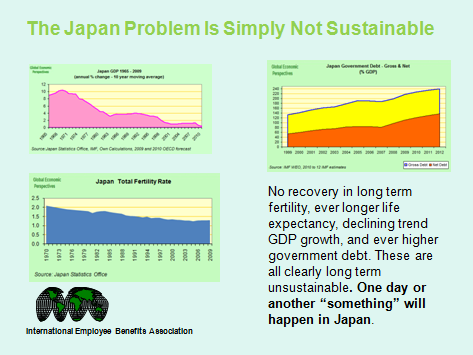 In order to prevent repeat crises, governments would need to make reforms in the short term in areas such as pensions and health systems. In terms of policies to address the pressures of ‘ageing’, the debate in terms of social security and health care often focused on raising retirement ages in order to reduce dependency rates and alleviate fiscal pressures. Extending working lives relative to the time spent in retirement would not only help address the pension issue, but would also serve to accelerate the tendency towards larger current account surpluses across most developed economies, in particular in those parts of Europe that were in the process of private-sector deleveraging as part of their fiscal sustainability programme. In the longer term, fertility rates would need to rise and global rebalancing initiatives be undertaken.

Mr Hugh rounded off by remarking that one of the standard pieces of economic observation about countries recovering from financial crisis was that their recoveries were export driven. At the same time, many developing countries badly needed cheap and responsible credit lines and access to state-of-the-art technologies and he believed that there was room for some sort of new Marshall Plan initiative to generate a “win-win dynamic”. However, he sensed that tackling global climate change was higher up some politicians’ agendas.

You can download the entire presentation here.
Posted by Edward Hugh at 6:54 AM