Economic Growth & Population Decline – What To Do About Latvia?
Edward Hugh Riga: March 2012

Warning It Is Never Too Late To do Something, But This Is Not An Excuse For Doing Nothing. 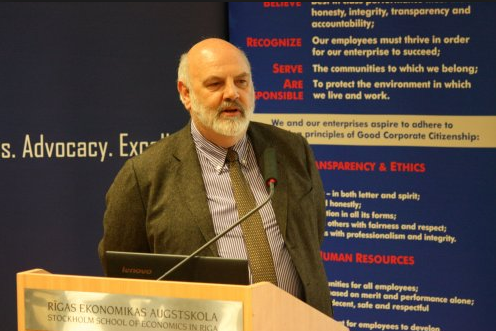 As We All Know, Latvia’s Population Is In Sharp Decline

And The numbers Are Worse Than They SeemThe Econonomic Collapse Means That Thousands Of Young PeopleHave Been Forced To Leave, Looking For Work

Ageing Is A Global IssueBut East Europe’s Problems Are Particularly Severe Among emerging economies, the East of Europe stands out as by far the worst case in the short term. In 2025, more than one in five Bulgarians will be over 65 - up from just 13 percent in 1990. Ukraine’s population will shrink by a fifth between 2000 and 2025. And the average Slovene will be 47.4 years old in 2025 – one of the oldest populations in the world.

Why Is The Problem So Severe In The East?a) The countries went through their second demographic transitionbefore becoming modern developed economiesb) The shock of the ending of the USSR lead to populationmovements unprecedented in Europe since WWII. Many countrieshad sharp population drops.c) The continuing wage differentials with Western Europe and theimpact of the global financial crisis lead many young people toemigrate, reducing the potential reproductive population even further. 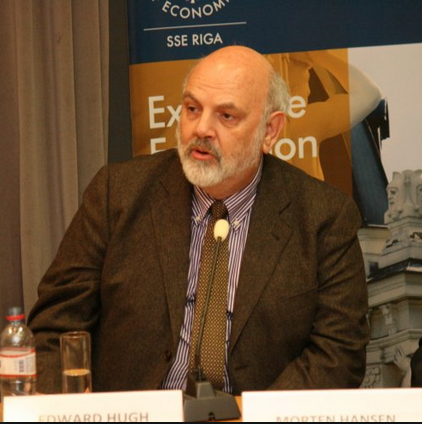 The Changing Shape Of Latvia’s Population Pyramid 1980 1995 2010 2020 2035 2050Data Source: Population Division of the Department of Economic and Social Affairsof the United Nations Secretariat, World Population Prospects: The 2008 Revision Population Ageing – A Unique Historical ChallengeThe economic and social implications of the ageing process aregoing to be profound. According to a recent report from creditrating agency Standard & Poor’s:• the process is seemingly irreversible.• No other single force is likely to shape the future of nationaleconomic health, public finances, and policymaking over thecoming decadeStrangely, the issue receives only a fraction of the attention that hasbeen devoted to global climate change, even though, arguably, ageingis a problem our social and political systems are, in principle, muchbetter equipped to deal with.

As far as we are able to understand the issue at this point,population ageing will have major economic impacts andthese can be categorised under four main headings:i) ageing will affect the size of the working age population, andwith this the level of trend economic growth in one country afteranother ii) ageing will affect patterns of national saving and borrowing,and with these the directions and magnitudes of global capitalflows iii) through the saving and borrowing path the process caninfluence values of key assets like housing and equities iv) through changes in the dependency ratio, ageing will influencepressure on global sovereign debt, producing significant changesin ranking as between developed and emerging economies. 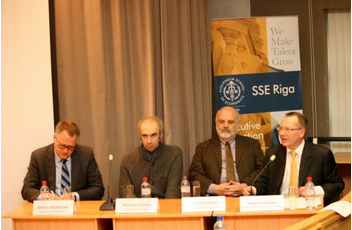 Life Cycle EffectsThere is a generally accepted wisdom in academic work knownas the “life cycle hypothesis” (Franco Modigliani). This suggeststhat the population’s financial behaviour changes depending onage. In terms of adult life, those in their twenties and earlythirties tend to be net borrowers as they are relatively lowearners at the same time as they look to buy housing, expensivedurables and fund their burgeoning families.At some point around middle-age this group then tends to movefrom being net borrowers to net investors as they move into theireconomic prime and accumulate financial assets to hopefullyfund their retirement. As they approach retirement this groupthen start to shed the financial assets they’ve been accumulatingto fund their nonworking days.

One Hypothesis - Could Something As Simple As Shifting Median .Population Age Help Us To Understand Economic Dynamics? Ours is an age of rapidly ageing societies.What is so modern about ourcurrent situation is not the ageingitself, but its velocity, its globalextension, and the differing rates Back in the 1970s the United Statesof ageing even between countries had a median age closer to that of ain the same income group contemporary developing economy(developed economies, emerging like Philippines or Turkey.

Even today markets, less developed it is far younger than any Europeaneconomies etc). country except Ireland or Iceland. Median Age And The Imbalances .A country’s current account shows a non linear relationship withmedian population age and the latter is also reflected in thedegree of export dependency for economic growth.

Growth Function That Looks Like An .Inverted “U”Those countries where population momentum has slowed, even tothe point that their populations may now decline (Italy, Japan,Germany, for example) do not seem able to achieve their former highrates of economic growth, and, even worse, they seem to be losingground in per capita income terms with those economies whosepopulations continue to grow reasonably rapidly.Leaving aside all the complex and intricate details, I simply wish tomake one clear and central point, and that is that the relationshipbetween population growth and per capita income growth does notseem to be a simple linear one, and arguably it is this property whichhas thrown many previous researchers off track since in runninggrowth correlations to test for population impacts they have normallytended to treat the relation as if it was.Rapid population growth in high fertility societies simply makes thecountry even poorer, but once fertility nears replacement level therelation is reversed. 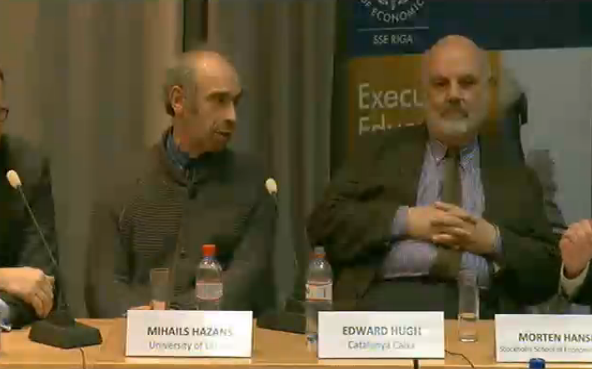 Running Out Of Energy?

So We Need To Think About the Differences .Between High Median Age

But The Population Pyramids Have Been Shifting, And Will Continue To Do So

Before The Crisis Immigration Drove The ItalianPopulation And The Workforce Upwards Between 2002 and 2008 Italy either received or legalised a large number of migrants.In 2008 Italian employmentfell back sharply and it hasnot subsequently recovered.

But This Was Not Reflected in Growth

The Same Thing Happened In Spain

Latvia Has Similar Problems Population has been falling, due to low birth rates and outward migration.But now the economiccrash, and the absence ofstrong recovery, isaccelerating the processas young people leave insearch of work.

Stability & Sustainability!The Pedal Went To The Metal In The Vain Hope Of Stopping The Rot But This Only Created An Unsustainable Boom That Then Went Bust

Not Just Working Age PopulationMost of the literature on the impact of immigration on ageingfocuses on the impact of immigration on the labour market andthe welfare state. A drawback of this focus then is that theimpact of ageing and immigration on capital formation andeconomic growth usually are ignored.Most “overlapping generations” economic models assume thatthe younger generation works, borrows to buy a house andpays pension contributions, whereas the older generation livesfrom previous saving, pension benefits and (later) dissaving.Modern economic growth is increasingly fuelled by eitherexports or domestic credit growth. The latter declines aspopulation median age rises, and this implies that an ageingeconomy experiences a decline in economic growth.Immigration then might help counter this decline. Growth Is Also Involved!

My opinion - Feldstein is both right and wrongHe is right that immigration alone won’t be enough to addressthe problems we face. We also need structural reforms inlabour markets to encourage higher participation rates. Weneed to move away from Paygo to fully funded pensionsystems.But he surely goes too far. Migrants can help keep our welfaresystems afloat as we transit from one system to the other. Theyhelp fill the gap of the “missing generation” of contributors.Most migrants are in their 20s and 30s, so they will also formhomes and families, helping push the birth rate up a bit.

Human Capital Loss Gives The Key To The ItalianProblem• It is hard to say why Italy has fared so badly in terms of growth, given the recent strong immigration.• A number of factors are involved, but one that stands out clearly in the annual brain drain out of Italy.• Each year somewhere between 5% and 10% of Italian university graduates leave their country, never to return.• So some of the migration represents a “bad swop” of highly qualified people for people with far lower education levels.• Reform in Italy’s “insider-outsider” labour market, and changes making it easier for young people to start their own businesses would be a big step forward.

Losses Are Permanent, And Economies Path Dependent, Which MeansDeep Recessions Cast Long ShadowsThere are a number of reasons why a“V” shaped recovery might be preferrableto an “L” shaped one, obviously Keyneswas right that lost output is lostpermanently. But human capital loss,and potential human capital drain is notnormally considered. During the deep depressions to which many countries on Europe’s periphery are being subjected, many workers are kept idle for far too long – with an inevitable deterioration in accumulated human capital, but young people also leave, and less children are born, casting a long shadow over the future path of economic growth.

We Still Have Time

Thank You For Your Attention

There is also a link to the video of the event here.
Posted by Edward Hugh at 9:25 AM