Saving the euro, but at what price? 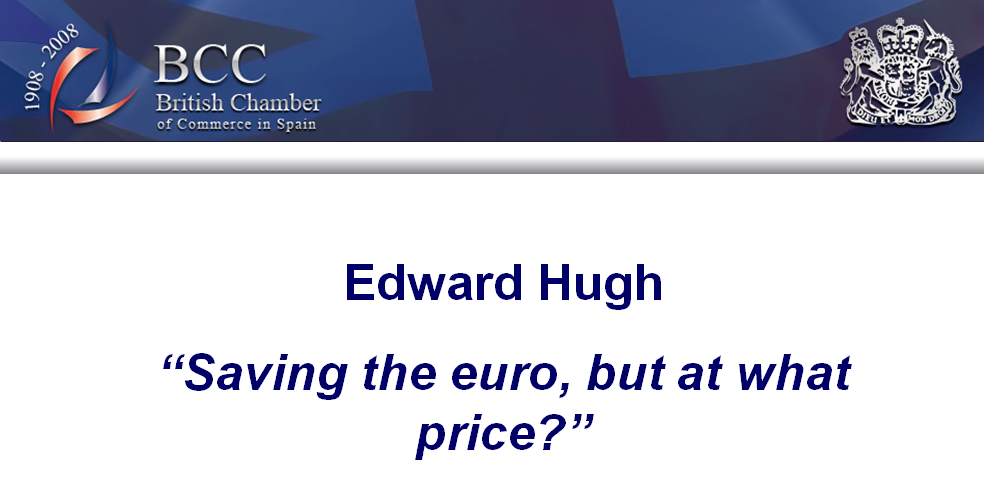 Doing Whatever It Takes
21 November 2012

BCC – Do you think there is a price to pay for Spain not requesting a bailout now?

EH - “Well in theory Spain is implementing all the reforms the the EU is asking for. The main on-cost in the short term is the extra interest being paid. 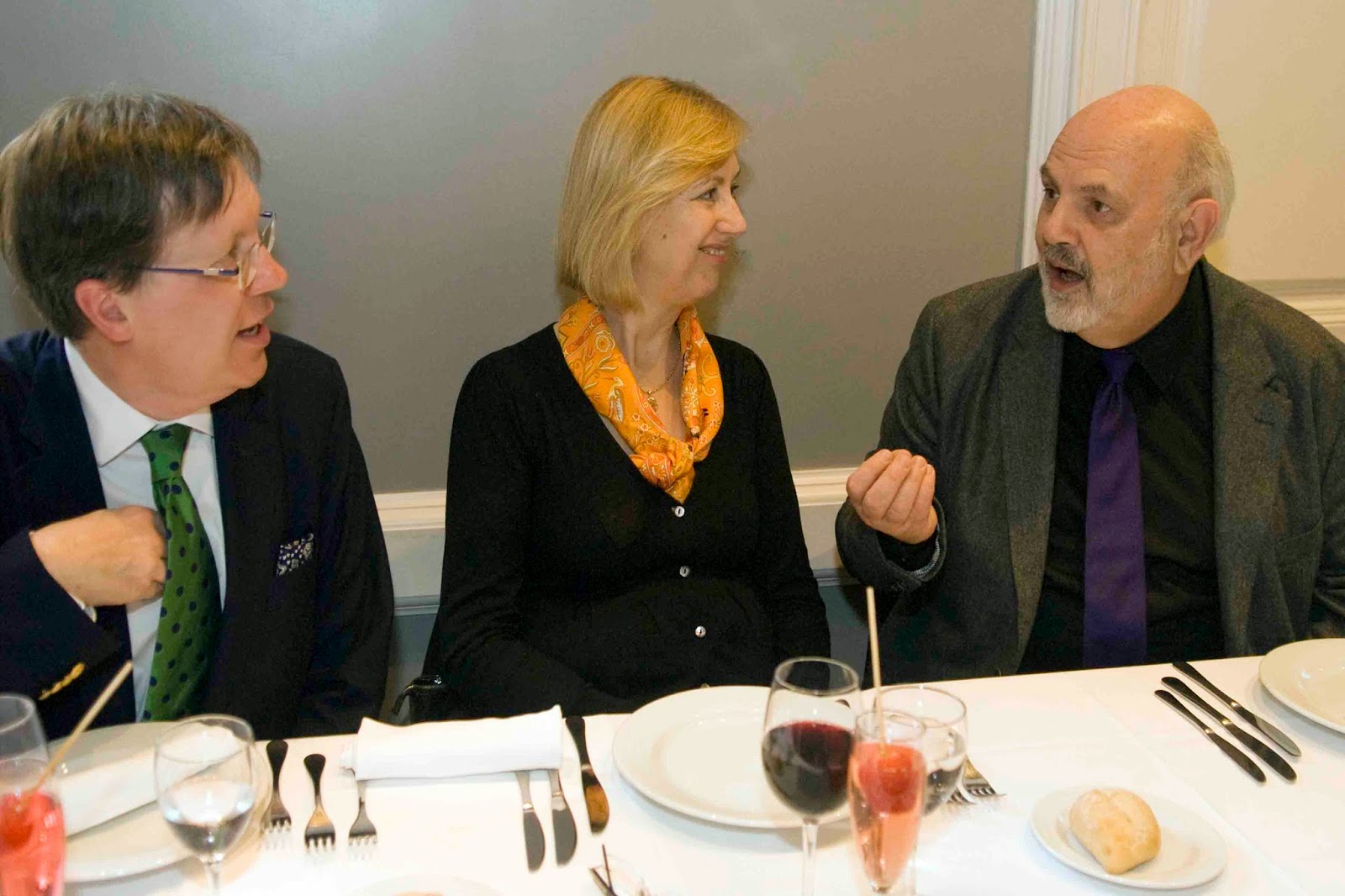 Margaret Thatcher famously said that socialists are people who spend the money of others. Maybe she didn't have Mariano Rajoy in mind when she said this, but she could have. The funds to pay the extra interest incurred by perpetually delaying the Spanish bailout are not coming out of his personal pocket.

Beyond that there is a risk that Spain will not formally request help till the markets are once more in revolt, and then there will be a contagion risk for other countries. A stitch in time saves nine, as the saying goes.

Well he certainly has changed the game somewhat. Along with the President of the ECB I am sure we will all do "whatever it takes" to save the Euro, but do we all understand what that means, and if we did would we still be so willing? 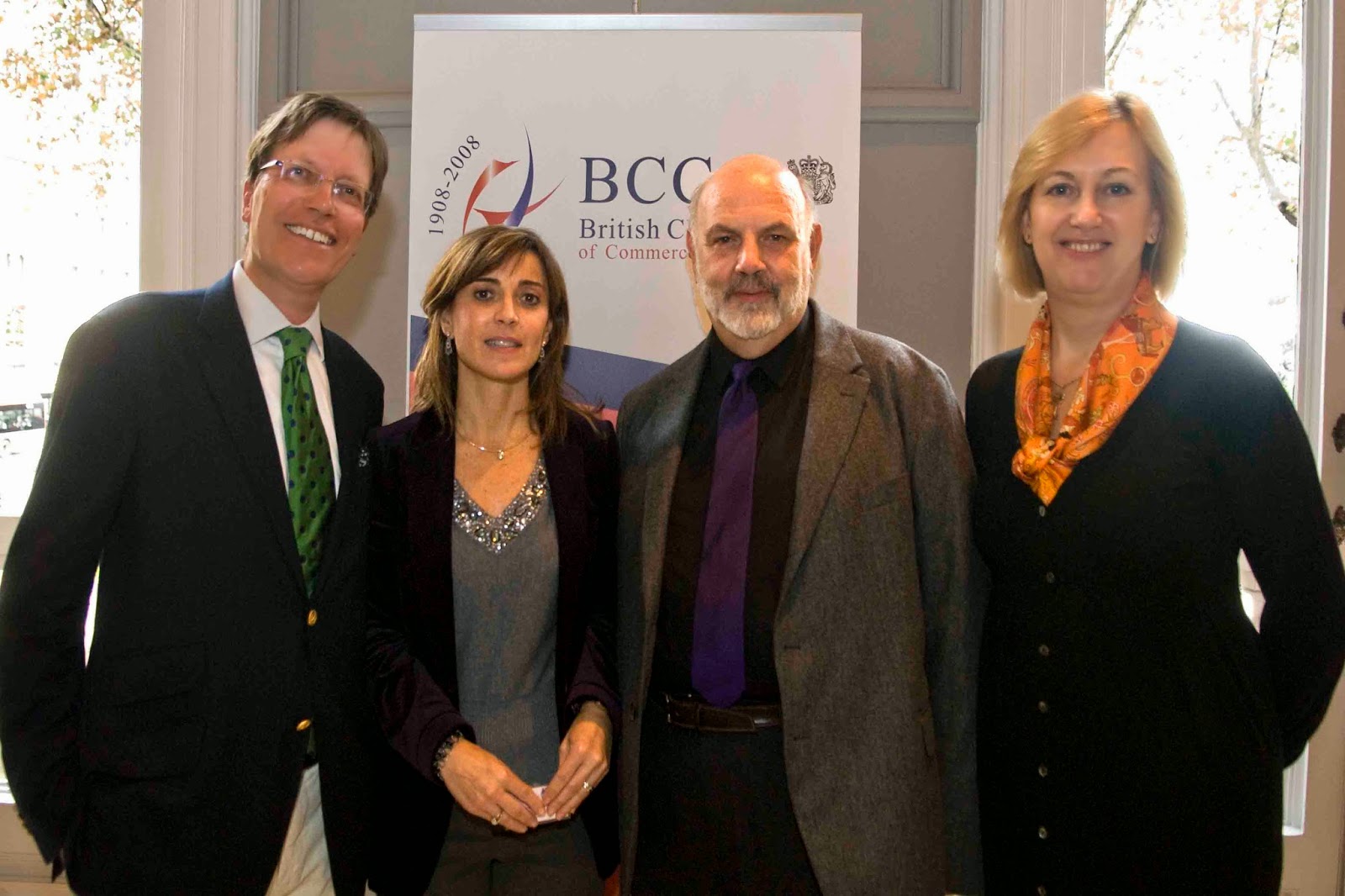 In Spain unemployment is likely to remain over 20% all through this decade, many young people are now leaving the country in search of a brighter future. Evictions of families from their homes is an almost daily occurrence.

This is a heavy burden to bear, and this situation isn’t all Spain’s fault. I am not convinced the burden is being adequately shared among all Euro Area partners.

EH – No I don’t. All too often the door has been closed after the horse has bolted. Now we are not waiting for Godot, or even for Mariano Rajoy. Today we are waiting for the German elections in autumn 2013 to be over”.

BCC – There has been some talk of possible pension reform in Spain. Is another reform needed.

EH – Well the first reform, which was implemented by the Zapatero government was step in the right direction, but there is still more to do. A lot more.

Every month there are fewer people paying social security contributions and more people paying pensions. This is obviously not sustainable. Obviously part of the answer is putting more people back to work, but even then there will be a shortfall. Clearly the system of pension indexation needs to be changed. Some say that pensions should be indexed to life expectancy. But that isn't sufficient to ensure sustainability. Pensions should be indexed to the ratio between the number of people working and the number of people claiming pensions. This way the system doesn’t generate deficit, and there is some incentive to get people back to work. 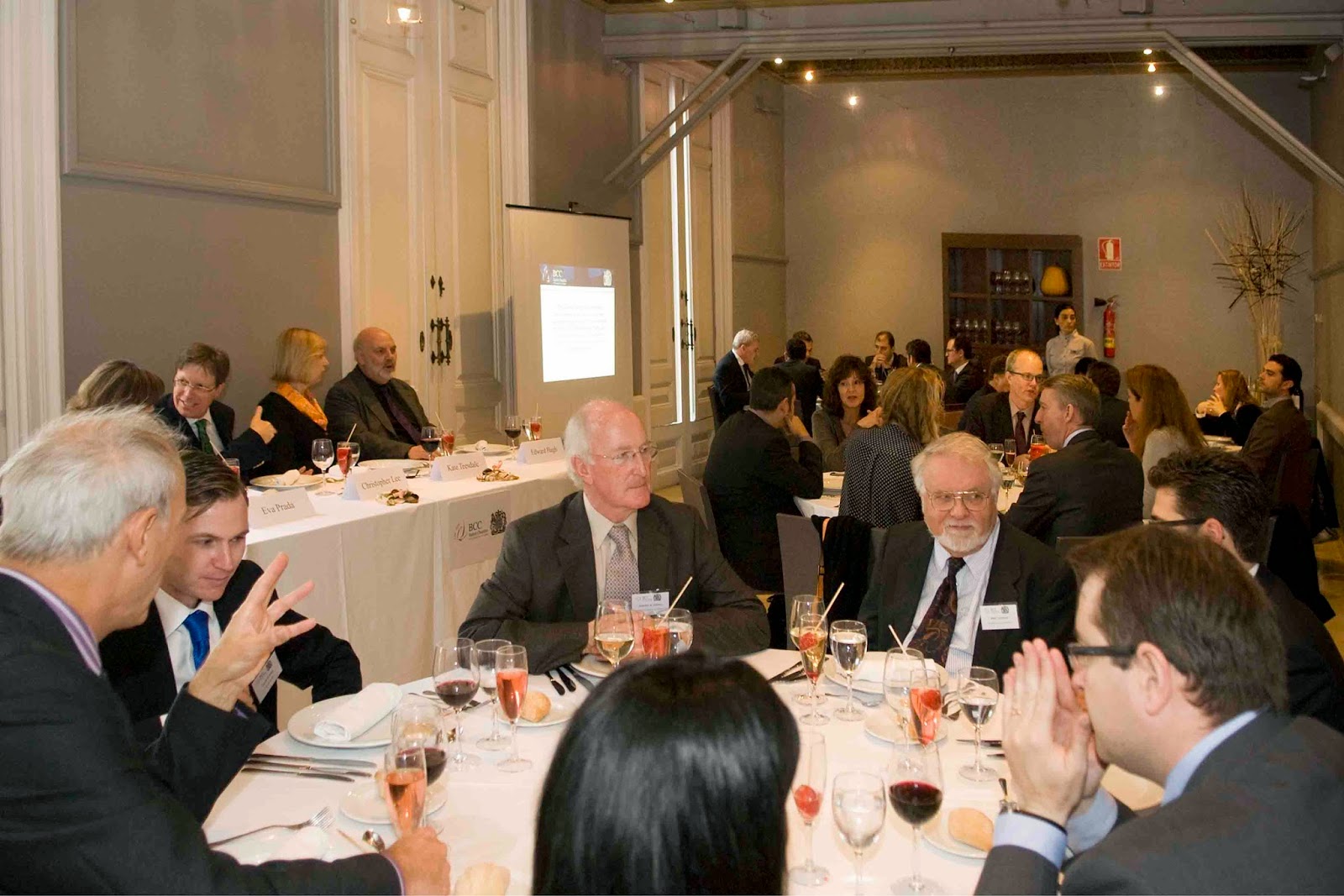 BCC - Should Catalans have the right to choose?

EH - Catalans are normally people who look for solutions and not for additional problems. If things have reached the stage they have this is surely a sign that something important isn’t working.

Markets are assuming that some sort of “offer” will be made to the Catalans to entice them away from the independence path, but it isn’t clear to me just how strongly the ordinary Spaniard – as opposed to the politicians - feels about keeping the Catalans in. I see “Catalan weariness” in Spain, just as I see “Spain weariness” in Catalonia. Maybe the marriage simply doesn’t work. One way of finding out could be the holding of two votes. One, for the whole of Spain on whether to grant Catalonia a new statute of full autonomy, including capacity for fiscal and financial system regulation, and the tiny word “nation” which would open the door to sports teams etc. Then a second vote could be held, only in Catalonia, asking Catalans whether they want to separate from Spain or accept the new conditions. 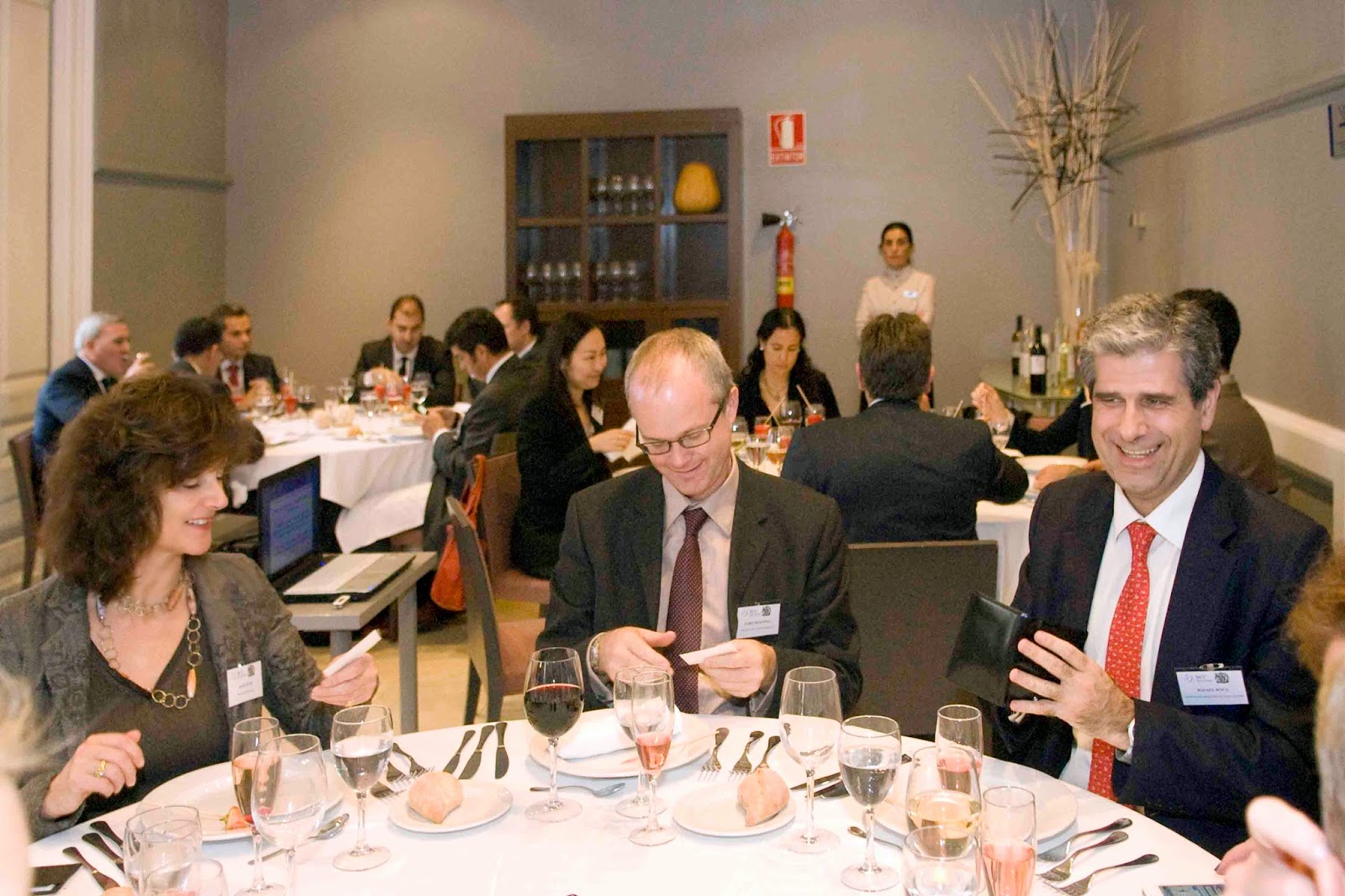 BCC – Do you think that finally we can now see some “green shoots” in Spain?

EH - In a word, no. There is still a long hard road ahead to turn this economy around.

But the problem is much larger than simply Spain. People keep talking about economic recovery till they go blue in the face, but I find it hard to identify one single developed economy which can be said to have truly overcome the crisis.

BCC – How seriously should we take the government debt problems in the United States.

Very seriously indeed. Despite the fact they have the Federal Reserve and their own currency, they are not immune to the kinds of problems faced by Euro countries. They have a large “baby boom” population who are now retiring, and paying for pensions and health care is just as much of a headache there as it is here.

Investors are not worried about the fiscal cliff itself, since they know a short term solution will be found. But they also know that that “solution” won’t solve the underlying problem, and that is what they are worrying about”.