Global Demographics and the Pensions Issue 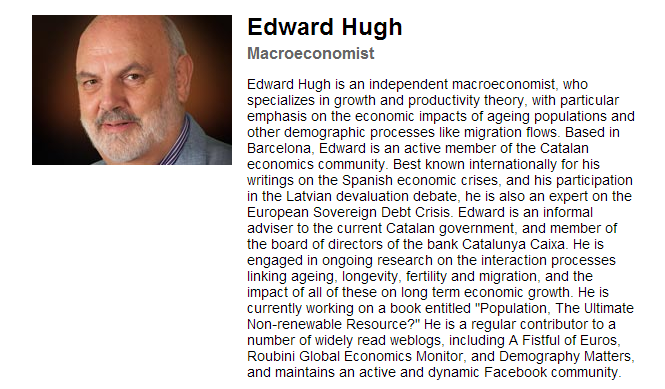 Session on The Demographic Revolution 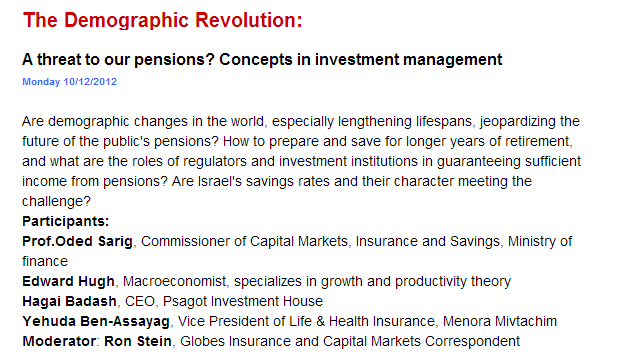 The Demographic Revolution – A Threat to Our Pensions? Edward Hugh Tel Aviv, December 2012


“No other force is likely to shape the future of national economic health, public finances, and policymaking as the irreversible rate at which the world's population is aging” - Standard & Poor’s 2010The real “debt cliff” is looming over the next 10 to 20 years. The key factors will be: • Pace of Reform • Rates of Economic Growth • Rates of Interest “Come gather 'round people Wherever you roam And admit that the waters Around you have grown And accept it that soon You'll be drenched to the bone”

Without Reform “For all sovereigns in the study, burgeoning deficit ratios are expected to push the median net debt ratio to around 245% of GDP in 2050, from below 40% of GDP currently, as the snowball effect of rising interest payments accelerates the negative budgetary impact. During the same period, the median debt for advanced sovereigns under the "no-policy change" scenario grows almost five-fold to more than 300% of GDP”. S&P’s, 2010 Obviously there will be reform,But how much and how quickly? At present voters don’t seem to be too keen. “If your time to you Is worth savin‘ Then you better start swimmin‘ Or you'll sink like a stone …….For the times they are a changin‘”. 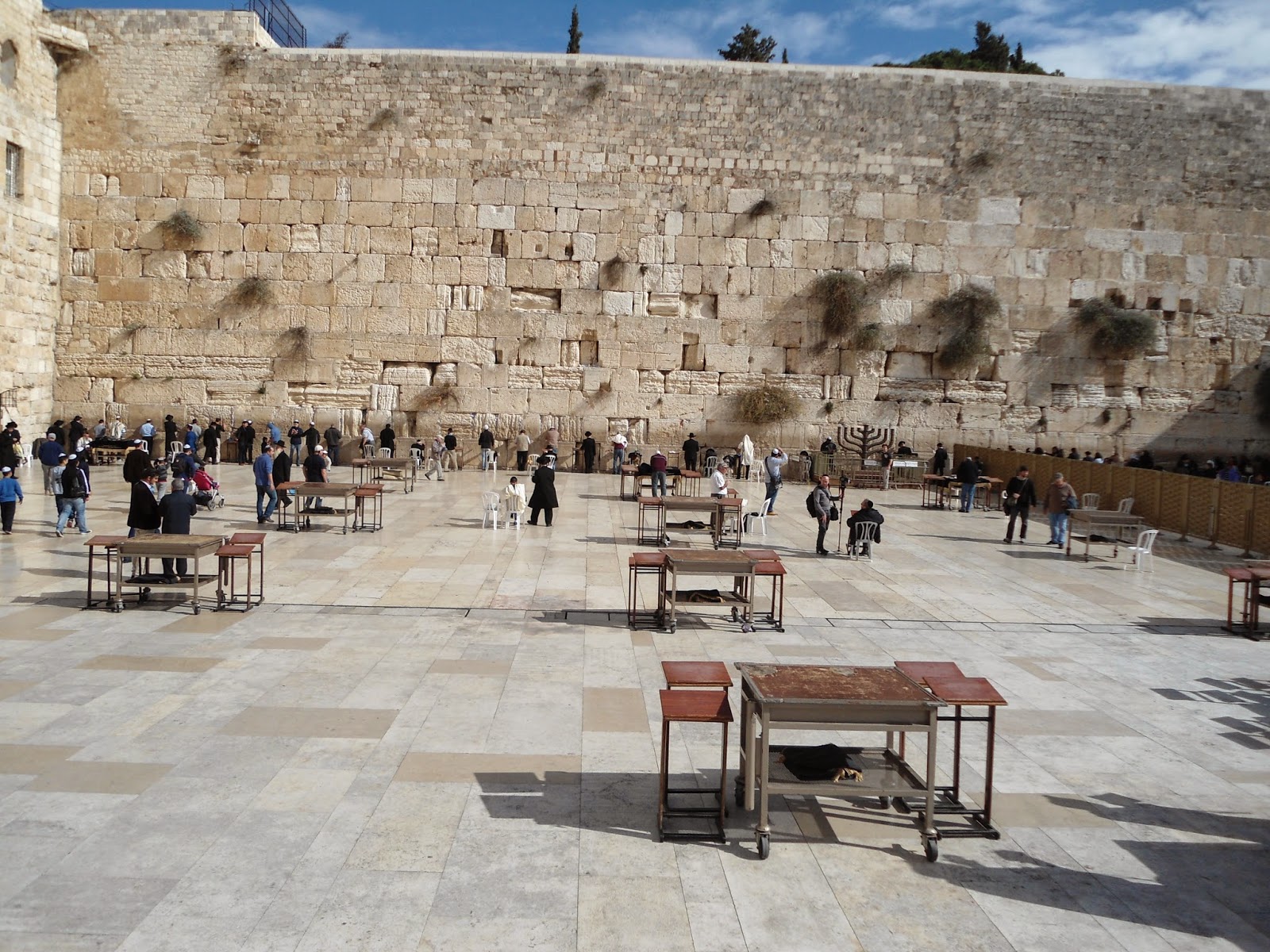 The Growth Outlook There is an accumulating volume of evidence that as societies age they lose growth momentum. Italy and Japan are two of the oldest societies on earth. Portugal is a typical aging European society. Structural reforms can help offset some of this, but growth rates look set to fall towards zero and then beyond. Some ecologists have argued for a “zero growth” society. Will they like the new world when they get to really see it? “Come mothers and fathers Throughout the land And don't criticize What you can't understand Your sons and your daughters Are beyond your command Your old road is Rapidly agin “ Interest Rates Some Countries Are Improving Their Credit Rating – Mainly Emerging Markets While Others – Largely Developed Economies – See Their’s Steadily Worsening “Come gather round people, throughout the land, and don’t criticise what you can’t understand, the times they are a’changin”.

What Demographic Revolution? Almost all populations globally are aging. This is a result of both declining fertility and rising life expectancy. In the developed countries the situation becomes acute since fertility falls (often) well blow replacement and stays there for decades.

Not All Developed Countries Are Aging At An Equal Rate Some European societies are getting older much more rapidly than others. Most emerging market and less developed economy countries are also aging, but they are still quite young. EMs are normally “older” than LDCs. 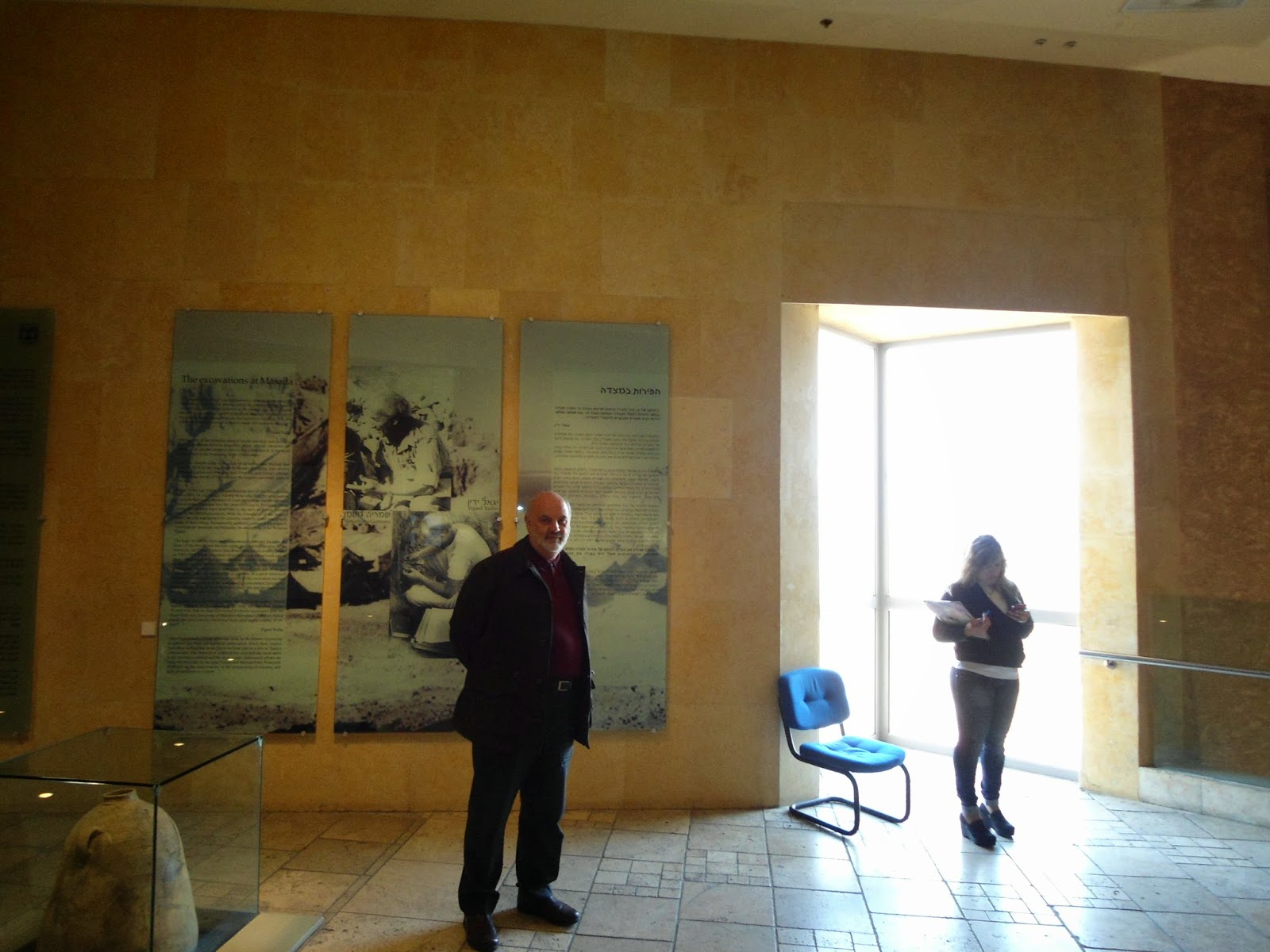 As far as we are able to understand the issue at this point, population ageing will have major economic impacts and these can be categorised under four main headings: i) ageing will affect the size of the working age population, and with this the level of trend economic growth in one country after another ii) ageing will affect patterns of national saving and borrowing, and with these the directions and magnitudes of global capital flows iii) through the saving and borrowing path the process can influence values of key assets like housing and equities iv) through changes in the dependency ratio, ageing will influence pressure on global sovereign debt, producing significant changes in ranking as between developed and emerging economies. 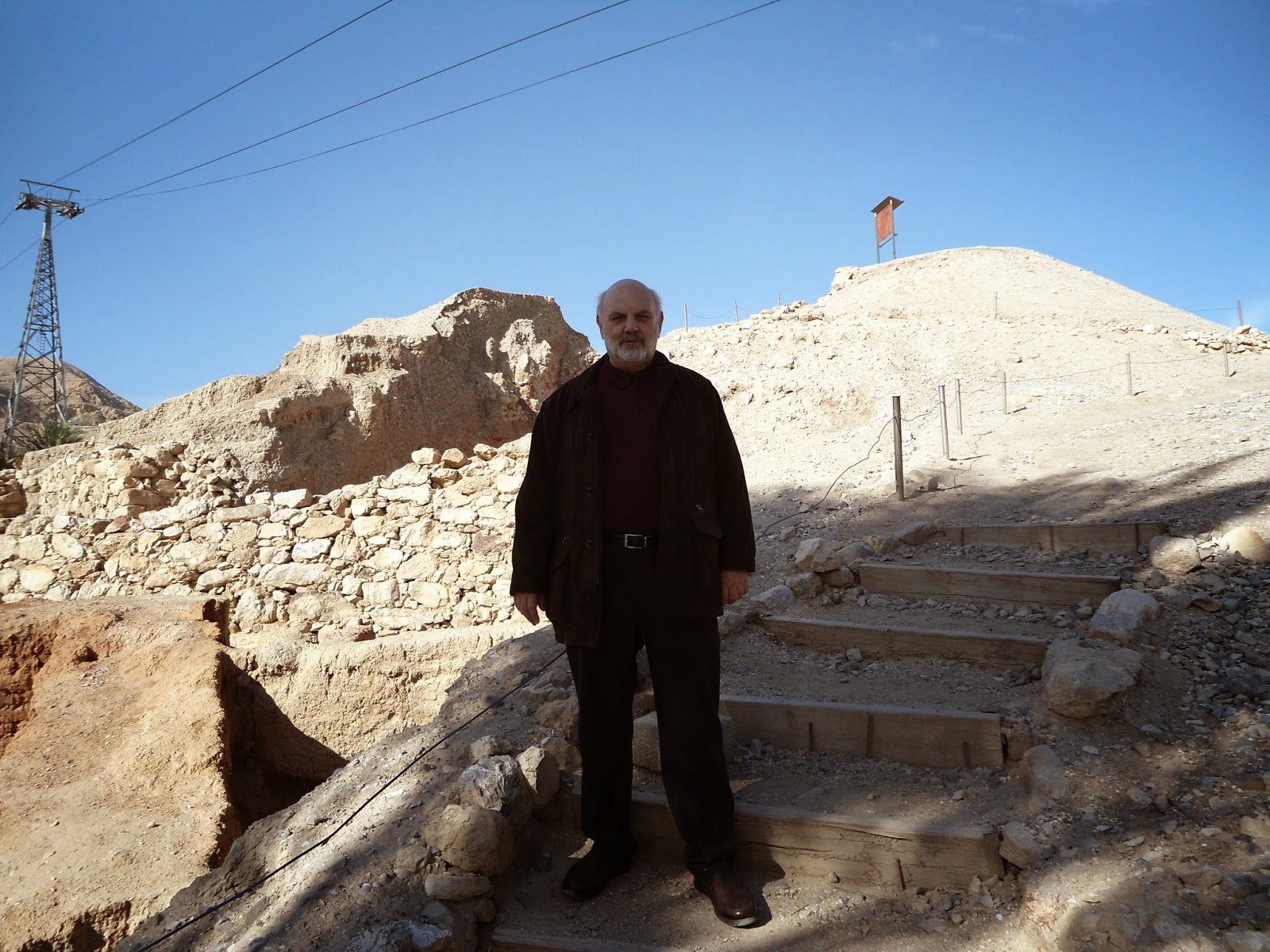 Importance Of The Prime Age Groups There are basically three important age groups – prime borrowers, primesavers, and prime age workers. The proportions between these three groups in any given society seem key pieces of economic data, yet few studies even consider them. Estimates of the exact age extension of the different groups vary, but 25-40 would be a good rule of thumb measure of the borrowing range, 40 to 55 for the peak savers, and 35 to 50 for the prime age workers. Beyond this, the question is an empirical one of measuring and testing to determine more precise boundaries and frontiers. For every country the proportion of each of these key groups peaks at a given moment in time. Where these actual age brackets lie, and the extent to which they may overlap, is still a subject of some controversy, One of the key points to grasp, is that the proportion the population which is to be found in one of the ‘prime’ age groups at a given moment in time, is absolutely critical, and much more important for understanding the processes at work than the mere size of the working age population. 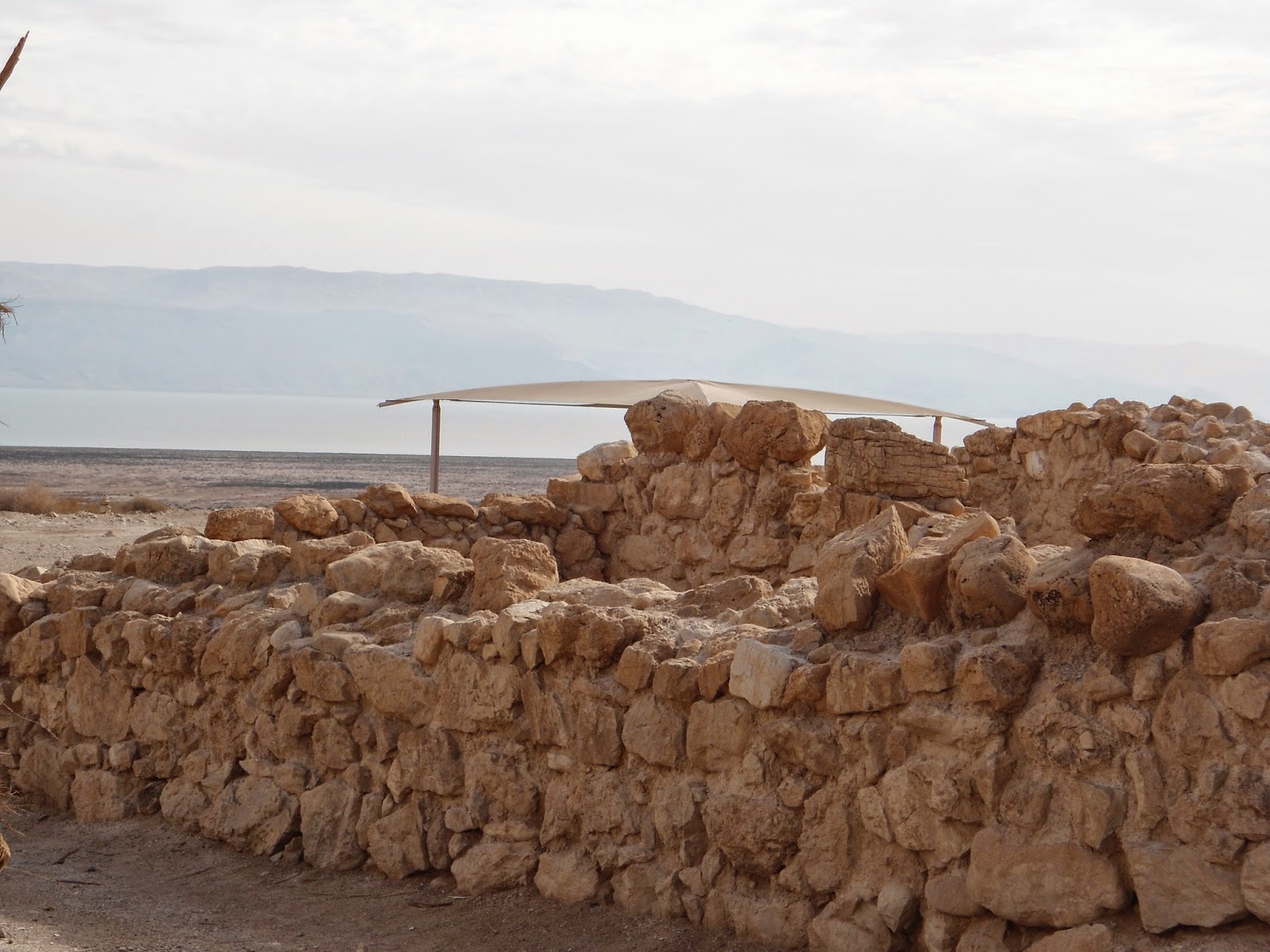 Non Linear Aspects – The Spanish Case Spain is suffering from a clear case of “self reinforcing problem” illness Unemployment rises and rieses since the economy is “broken”. House prices fall, and the number of bad loans rise. Credit is scarce as there is little solvent demand, and young educated people leave. With growing numbers of pensions, and ever fewer contributors the pension system becomes unsustainable.

You can download the presentation here.
Posted by Edward Hugh at 9:02 AM